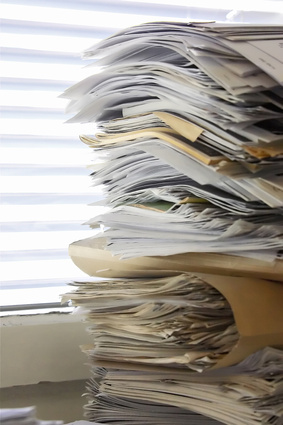 Worth reading if you are a higher rate tax payer but it could mean you need to do a tax return! – Mark

More than half higher rate taxpayers are failing to claim full 40% tax relief on their pension contributions, research commissioned by Prudential has found.

The provider said this works out to more than 290,000 employees, missing out on almost £300m every year.

The research also found fewer than one in five (19%) higher rate taxpayers knew whether they had claimed tax relief or not, while only 22% said they did claim all the pension tax relief they were entitled to.

It added, this relief could be worth an additional £1,020 every year to a higher rate taxpayer.

According to HM Revenue & Customs, 55% of the estimated 900,000 higher rate taxpayers in the UK contribute to defined contribute (DC) schemes.

Prudential said these workers bring home an average salary of £51,580 and make contributions of £425 each month.

Basic rate 20% tax relief is received automatically at source and is worth £85 on a monthly contribution of £425. But the additional 20% relief available for higher rate taxpayers – which is unclaimed by most – is worth another £85 a month or £1,020 every year.

Prudential is urging higher rate taxpayers to act now to claim tax relief that they may have missed out on in previous years. People who are required to complete an annual tax return can claim for their pension contributions from the 2010/11 tax year if they act before the end of January 2013.

They need to claim the additional relief through their annual tax return or by informing HMRC.

Matthew Stephens, Prudential’s tax expert, said: “It’s astonishing that so many people fail to claim this valuable tax relief, which could help enormously in meeting the cost of retirement. Surely no one would knowingly turn their nose up at a potential £1,020 extra tax saving?

“The good news is that it’s possible to claim backdated tax relief, for up to three years for those who don’t need to complete a tax return, and this money could make a large extra contribution towards their pension fund. Our research figures demonstrate clearly that a majority of higher rate taxpayers could take immediate steps towards boosting their retirement pot.”

About a third of higher rate taxpayers who contribute to a personal pension have to fill in an annual tax return.